Remember when I said I had to do something to consciously resist dark and depressing thoughts about the whole Covid crisis? Well, I have decided to concentrate on a variety of positive aspects and that works. Here’s a list that I will probably extend in due course. Maybe it will inspire you too.

There are also some things that may change in the near future that I am neutral about, I just think we’ll notice them…

So the Dutch government has decided to go for the “herd immunity” option, where gradual spread of the virus will eventually prevent the virus from propagating exponentially. What really bothers me, though, is that herd immunity might be attained after several months…or years. Around half the population will need to have gone through a Covid19 infection, meaning a lot of people will need to have gone through the health system. How on earth can that be spread out over a period long enough so we don’t go through the oft-cited maximum capacity limit of the health system? And how is the world going to survive, financially, if nobody is really producing, importing or exporting anything at a large scale for such an extended period of time?
These thoughts irrecovably suck my thoughts into a dark well of despair. I understand climate change deniers ever more – it’s so much nicer to believe that things will really be OK and that no shit has hit any fans, rather than to know the full extent of any bad situation. That’s probably a basic psychological trait of human survival. But I surely hope no important policy makers fall into that category of people.

I read that the EU is investing 80 million euros in the German company that Trump was thinking of buying a few days ago. Reading such a news item gives me something positive to focus on. 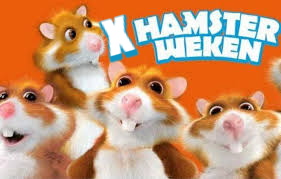 My wife looked up whether schools were ever closed, nation-wide, in the history of education in the Netherlands. They last were in World War II. And that was primarily because of lack of heating, not national policy. We were curious because, as of today, all schools in the Netherlands are closed due to #covid19. And we’re teachers.

I am not sure if it’s a blessing or a curse, but it’s reality at the moment. I have 4 exam classes that will somehow need to be guided towards the pinnacle of their highschool careers, but I don’t think anyone can even predict whether the exams are even going to happen in the usual month of May. Like Yoda said, “Difficult to see the future is.”

A select group of colleagues (I reckon management and middle management) have been asked to go to work today, probably to make plans for the near future. I already have a OneNote page titled “When school starts again”, full of miscellaneous thoughts of what to do then. How can we determine if children have enough skills/qualities to flow through to their next year, even if they have missed up to 4 months of school? How heavy can next school year’s curriculum be made to allow them to catch up? How can we prevent less autonomous children from falling by the wayside? I have one rather less autonomous stepchild at home, who instead of realising he may need to do something himself now, thinks the summer holiday sure started early this year. Netflix yay!
And even before school starts: How can we replace colleagues who may fall ill, without ourselves toppling over? How can the less tech-savvy colleagues be educated to help students at a distance? How can I do a ‘classical instruction’ for the exam classes? These students would normally have had another 5 weeks of regular school time. We use Microsoft Teams with Skype for Business, but what are the limits?

Still, I am good at seeing the silver lining of any cloud, no matter how big and thunder-laden it may be. When our government communicated these crisis measures, they released a list of ‘crucial professionals’. Teachers – despite decades of below-inflation pay rises and dwindling social status – are on that list. Youtubers, pastors, account managers, advertisement execs, wellness instructors and influencers weren’t 🙂 Also, CO2 emissions in China have virtually disappeared. And there’s a lot less traffic on the road: This morning, there was 13 kilometres of traffic congestion in the whole country. I think that’s the lowest since what is reckoned to be the first official one, on 29 May 1955 (not counting the ‘autoloze zondagen’ – Car-free Sundays – which we had in the 1970s).

Because I am basically a black-souled pessimist, however, I’d like to round this bit off with what I consider is an absolute lowpoint of the whole Corona virus crisis: That harmful White House halfwit, Donald Trump. He even outdid Boris “take it on the chin” Johnson. After first suppressing Corona infection statistics to increase his chances in the oncoming presidential election, the Orange One recently proposed to buy a German company that is allegedly making headway in the creation of a Corona vaccin. If there is any such thing as karma, he and his family will suffer before their time is out.

These are times for great leaders to grow to their full potential. I hope ours have what it takes.