For those of you who know me, or who have seen other posts of mine on this or other sites, you may recollect that I spent 12 of my formative years active (to some degree) on the Commodore 64, Atari ST and Atari Falcon. It was a period full of energy and creativity, during which I was fortunate enough to be able to hob-nob with many key people in the Commodore and Atari scenes. This afforded me countless personal and professional opportunities big and small, the most impactful of which was being able to work at Thalion from autumn 1989 to spring 1991, a period when I was surrounded by astonishingly talented people among which I always felt at least a little out of my gourd.

The growth of the ST scene, from its tender beginnings in early 1986 to what (in my world) would be the crisis in Thalion in late 1990, is the subject matter of Marco Breddin’s first 400-page tome in the intended-to-be-three-volumes series “The Atari ST and the Creative People”, appropriately entitled “Breakin’ the Borders”. 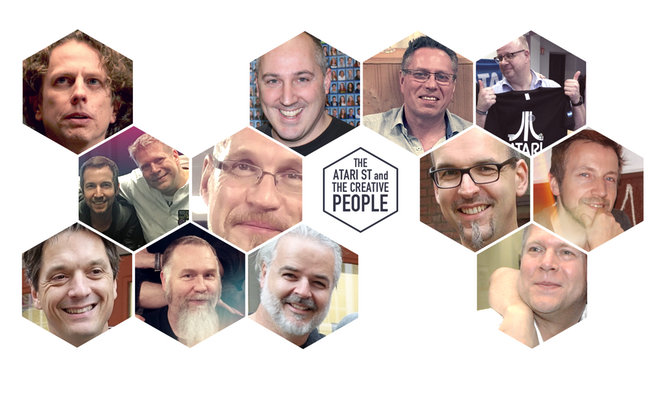 Product of a very ambitious idea, it came to fruition with the release of the first volume in May 2017, a tribute to the optimism and friendship that became the hallmarks of “the early Atari ST scene”. I do feel that the dictionary definition of the word “lavish” ought to, from now on, be required by law to include “in the way such as Marco Breddin’s books about the Atari scene”. Although some may know my love of hyberbole, I am not in the least exaggerating now. Beautifully designed and capably edited, the book chronicles the rise of the demo scene through the technical stepping stones it met and conquered. All of this, needless to say, explained in sufficient detail to keep sceners interested, yet simple enough for a layman to come to grips with. And, obviously, illustrated lavishly with a multitude of screenshots and scene member profiles.
Reading through it was like travelling back to a time when entirely different things mattered in life (no family life, no ‘real’ job, not even school, at least not much). I became immersed in the zeitgeist where border busting, games, demo acquisition, disk magazine writing and just having hedonistic Atari-related fun were the things around which my life revolved. I dare say there is no better way for a former Atari scener (or even an out-gourded satellite such as myself) to re-live those days again.
I was honoured to have been quite closely involved in the creation of this first volume, which I suppose made seeing and reading the end result even more enjoyable. I played a part in the story, and it was awesome to realise that. 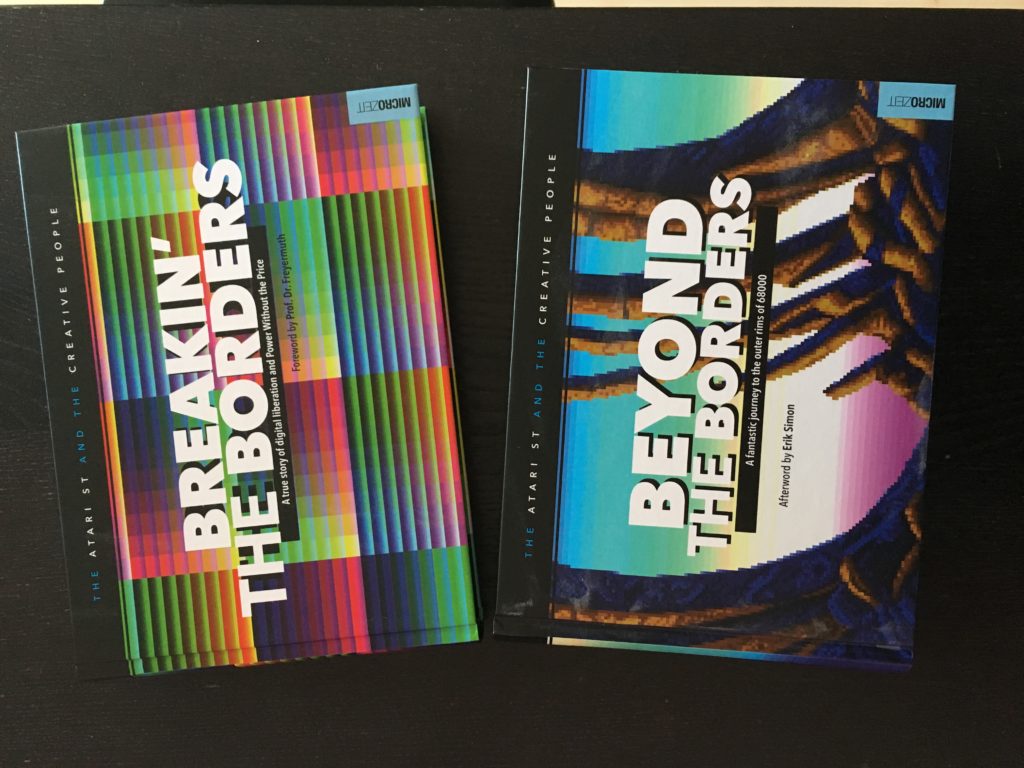 Today I received the second Volume of the series (finished last week or so), another impressive tome now titled “Beyond the Borders”. As with the first book, it has been thoroughly researched and – but of course – lavishly illustrated. Practically all the key players in this second era of the story, from 1991 up to and including 1993, have played their part in the creation of this second depiction of Atari scene history.
In my personal life I had quite seriously picked up uni again (studying English) and was less involved in the scene side of things after also having left Thalion. On the Atari ST side, my activities were rather limited to doing the now more and more multi-media ST NEWS and regularly making updated versions of my virus killer. Reading this second book makes all the feelings flood back – including the sense of loss of no longer being a meaningful part of the scene (granted, due to my own choices), growing apart from my best friend, no longer being part of legendary Thalion, and the debacle of the should-have-been-a-much-souped-up-and-barely-recognisable-to-be-based-on-“Dino-Eggs”-but-in-the-end-barely-an-equal “A Prehistoric Tale” game.
Volume 2 also describes the things the Atari company were up to. The feelings of optimism from Volume 1 are replaced by anecdotes of half-cocked marketing/development decisions and scene members reckoning the Atari hardware has no challenges left: After all, the borders had already been broken. So the sensation of reading part 2 is very different from part 1. Less positive, for certain, at least to me. However, I want to be quick to add that this is no shortcoming of the book. If anything, it is a shortcoming of my involvement in the scene, the behaviour of the Atari Corporation, and of my personal circumstances at the time into which the book so capably immerses me. The fact that the book conjures up those feelings is, if anything, a testimony to Marco’s engaging writing style and depth of research.
Volume 2 finally allows me to catch up on everything I had missed back then – crews I had sadly missed hearing about, as well as their wonderful demo achievements. Thalion had continued after my departure too (at the time I had been as pessismistic as to assume everything would fall to pieces because prospects in general had been pretty bleak), and now I can read everything about “Ambermoon”, “Lionheart”, “Trex Warrior”, even “Airbus 320”.
And Volume 2 goes much further in scope even than the 1992-1993 Atari scene and Thalion, for it also extensively covers contributions by people other than “the classic scene crews” that were no less meaningful.

Volume 1 described the challenge of breaking the borders on the ST, but Volume 2 broke open the borders of my own preconceptions into showing me that there was so much more than the ST/Falcon scene that I had been familiar with. And I, for one, am certainly looking forward to Volume 3 (“Return of the Borders”) which is announced for 2019.

These books can be purchased at www.microzeit.com. You are also able to find information about the IndieGogo campaign for Volume 3 there, which among other packages also include a way to get all three volumes (the “Connoisseur Trilogy”).